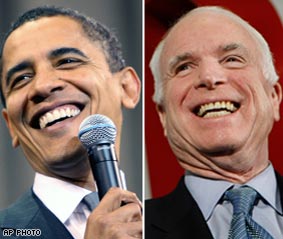 Today’s is Election Day, and quite a historical one.  This may sound too obvious but—don’t “forget” to vote today. There are many excuses for not voting, but none of them are good enough to justify not participating in an essential civic duty.

If you don’t care for either Presidential candidate, you don’t have to vote for either of them; you can write-in any name you choose, including yours!  Every four years, Mickey Mouse manages to garner several hundred votes. The point is, you responded to the process.

Voting today is not just about who will be chosen as President of the United States—there are local and state initiatives and laws; there are local Congresspersons, both U.S. and State; there are Assemblypersons, city council members, school board officials, and judges whose fates rely on your vote.

You don’t want to see a law passed or someone put in a political office by one vote, or lose by one vote, knowing the vote that could have made a difference was yours, do you?

The democratic process of voting is the one privilege and right we have that separates our nation from others, that makes the U.S. a free nation. When there are disputes about the outcome, the courts sort matters out, not military tanks in the streets, quelling the masses, as history has shown us recently some nations choose to react.

Think of all that has changed only recently. Less than 100 years ago, women and African-Americans could not legally vote; many people fought and died to turn the tide and make these inequalities go the way of the Stone Age. Today, we shall see history made—whichever party wins, we will either have the first female Vice President or the first African-American President in the White House. Either way, this is change and progress.

Statistics also show that there are more registered voters this year than a long, long time; this shows that more people are interested in the future of this country, globally and locally.

Maybe you voted early this year, so today you are worry-free; but for those of us who didn’t get around to that, get up out of your seat, shut your computer down, and make your way down to the designated polling place for your name and address.

Tomorrow, things will be different in our country—make sure you participated in that change, whatever it is, and your voice is heard.