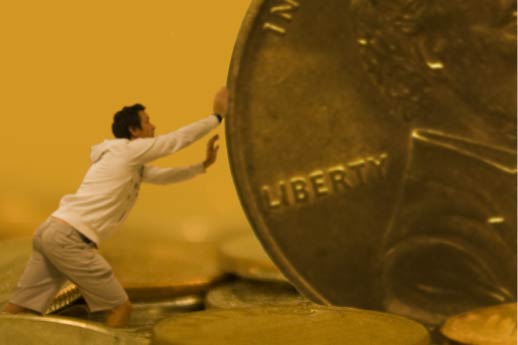 It’s very likely that most of us remember those lovely shots we got as children which may have sent some of us into tears, others into tantrums. One of these very important shots which causes us to visit the doctor several times before we turn seven is for poliomyelitis, or polio.

The great polio epidemic began in 1916 and claimed hundreds of thousands of lives and left many others paralyzed. In 1921, Franklin D. Roosevelt became a victim of polio. Roosevelt decided that he was going to put up a fight and do everything he could to find a cure. In 1927, he established the Warm Springs Foundation and encouraged the public to get involved and send money to fund this foundation and support the research that was being conducted. A comedian by the name of Eddie Cantor called the foundation the March of Dimes as a play on the popular newsreel “The March of Time” and radio listeners from all over were encouraged to send in their dimes to fund this foundation. Thanks to all the dimes sent in, research proved highly successful and in 1955 a cure was created for the epidemic; the Salk vaccine.

After polio was beaten, the March of Dimes persevered to take on more early childhood health concerns. In 1959, Virginia Apgar joined the newly formed March of Dimes Division of Congenital Malformations. She was well known for the creating the Apgar Score for evaluating newborns, advocating for the rubella immunizations and coining the phrase, “Be good to your baby before it is born”. It was her presence at March of Dimes which shifted its focus from polio to preventative prenatal care, parent education and vaccines for infants and children. In 1979, the foundation officially changed its name to the March of Dimes.

Our cause for the month of January is to collect spare change for this foundation. Coinstar has collaborated with the March of Dimes and is accepting coins on their behalf. We will have piggy banks around the office to collect spare change in. Our goal is $50 but we don’t want to stop there because our donation will go towards giving premature babies a chance at life, something which they may not have if it wasn’t for the March of Dimes. We hope you can stop by and participate to help this noble cause, and if you want to do something else you could find child clothing in babyzoom site to purchase for donate.

To learn more about the discovery of the Salk vaccine, click here