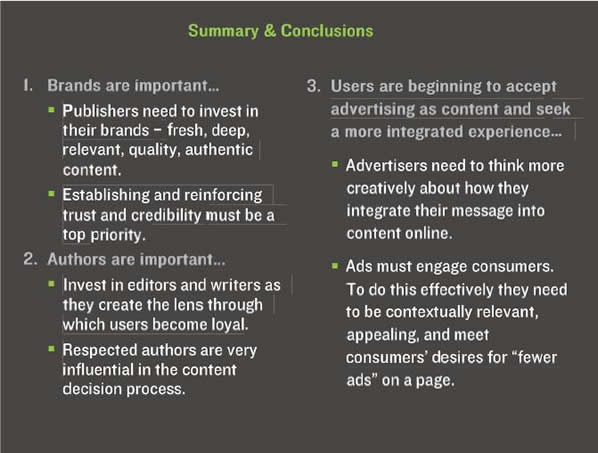 AOL recently commissioned a study to take a look at consumers’ engagement with online content, including advertising and have come up with some very useful conclusions.  Findings are based on results of an online survey of over 1,000 online consumers and 25 hours of focus groups in four US cities.

Perhaps the best news is that web users have begun to understand and accept the tradeoff between online advertising and the unlimited access to online content it provides them; because of this, online advertisements are no longer viewed in the same negative light as we’ve seen in the past.  A lot of this can be attributed to the evolution of web technology, allowing for more targeted, relative content and the use of less intrusive techniques such as pop- up windows (although I don’t know if those will ever completely disappear).

The types of ads consumers see as most acceptable are those that are:

The study also focused on some other key factors such as:

How consumers spend their time online, the secrets of generating loyalty, the driving factores behind most content choices, and the formula for creating valued original content.

Check out the executive summary.