Hit enter to search or ESC to close
Culture

What’s the most shared viral video of the day? the month? the year? 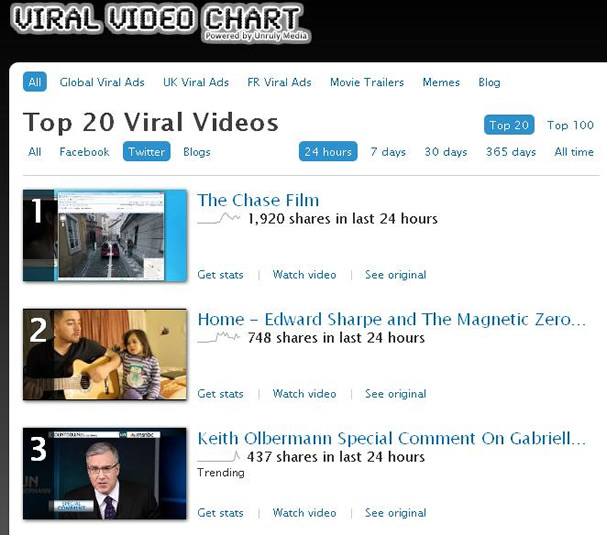 By now most people are familiar with the story behind the homeless man with the ‘Golden Voice’ who became an overnight sensation after a video of him demonstrating his vocal skills went viral.  A day or so before he blew up in the mainstream media, a friend of mine sent me a link to his video, which appeared on the Viral Video Chart; the world’s largest, most comprehensive database of viral videos.

I may be behind the times on this one, but the site is new to me and it’s a really cool website for all fans of YouTube and viral content in general.  Used by media professionals looking for the next big thing and ad agencies hoping to see their work; it automatically displays the Top 20 Viral Videos for the day and you can further sort through videos based on how they were shared (Facebook, Twitter etc.) or by time (7 days, All Time etc.).