Book Review: The Sociology of Blogging, by Jill Walker Rettberg 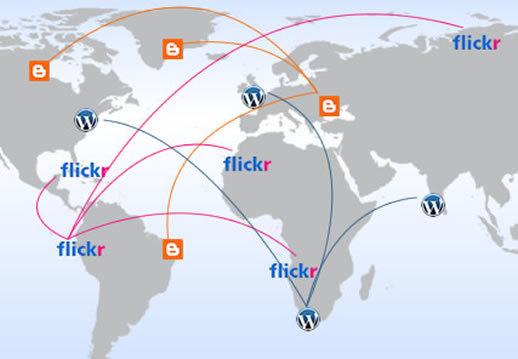 This isn’t yet another one of those “how to blog and make money” or “blogging for dummies” books that have flooded the bookstore shelves the past few years. This is the first book that takes a serious sociological view of how blogging has changed the nature of Internet-based communications, life writing, consumer marketing, and how the blog, in less than a decade, has integrated into our culture on many levels: politically, socially, economically, and personally.

In the same vein of Michael A. Banks’ Blogging Heroes: Interviews with 30 of the World’s Top Bloggers, Rettberg seeks to pinpoint the movers and shakers of the blogosphere and deconstruct how (and why) blogging has changed worldwide communications among people, businesses, cultures, and nations. She begins by assuming the reader may not know what a blog is and how they work: her introductory chapters discusses the history of the blog (Open Diary, Livejournal, Blogger), how to set up a blog at providers such as WordPress, the features of blogs (commenting, trackbacking) and how blogs find their way into cyberspace and attracting readers. She delves into the story of one of the more famous bloggers, Heather Armstrong, whose webpage, dooce.com, has created the word “dooce” for those who get fired from blogging. (For a local dooce story that includes our own Chris Morrow, see this recent San Diego Reader article.)

Blogging the Social
“Blogs are a social genres,” Rettberg writes, and: “Blogging is a relatively type of free form social software, and are decentralized” (p. 37). Blogging has changed the way information is delivered and the speed at which it is accessible, a vast difference from the way a centralized media once controlled such information. Rettberg notes that media platforms such as television, radios, and newspapers were the only means for society to receive news about the outside world, current trends, and political happenings—of course, each outlet based its dissemination of news based on bias. Now, at the touch of a keyboard and a good network connection, anyone can access numerous outlets and read or view various points of views on the outside world, trends, and events, and make a subjective assessment of what may or may not be the truth. Politically, this has presented a problem for those who wish to control the thinking of the masses, hence China’s restrictions and censorship of Google and other information-gathering technology. (Of course, this would seem to be futile, as any smart person can easily connect to other means of information resources available all over cyberspace.)

Blogs, contends Rettberg, are designed upon” sociological theories of social networks” and “how ideas spread through communities…if A and B know each other very well, and A and C know each other very well, it is highly likely that B and C also know each other” (p. 59). Information has a viral way of spreading from just these three people, so that C talks D and D talks to M and then M to X and so on. The smart people in marketing have realized the power a blog can have to spread the word about a product, brand, or service—hence the birth of the product blog, the corporate blog, and blogging evangelists who are hired or supported by companies to get “the word” out there. This is not unlike products that hire attractive male and female models to go to hot spot clubs and events, where they will be approached by people who are attracted to them, and the models will craftily discuss how much he/she loves a certain pair of shoes or alcohol or car or a new album, which in turn will make the recipient talk about these products to others, “Hey, did you hear about…?” And so on.

Show Me the Money
Rettberg also discusses the financial nature of blogs—Armstrong’s dooce.com was, at one point, on the Top 10 blog list, making $60,000 a year from advertising revenue, which enabled both her and her husband to quit their jobs and focus on her blog. Indeed, there are people who have become wealthy from their blogs, or make just enough money that their blogs support them. This isn’t possible for everyone, just as not every small business becomes enormously successful like some inevitably do—there are blogs that fail, blogs that do moderately well, and blogs that take off like a Patriot missile into the night.

(Aside: Certainly, such as dooce.com, some blogs will draw in massive traffic by circumstance, but in most cases, a blog’s success has a lot to do with strategic planning, as discussed in the first article in this newsletter.)

Tomorrow’s Blogs
Finally, Rettberg ponders on the future of blogging. Is that even possible. Here is another quote by Peter Drucker: “Trying to predict the future is like trying to drive down a country road at night with no lights while looking out the back window.” Rettberg, like anyone else, cannot fathom what the future in communications holds, with the rate at which technology is developing, but she does know this: human beings will always communicate with other human beings, by whatever means, whether it’s writing on the cave walls or using the emergent technologies of 2030.

Conclusion
The only thing missing from Rettberg’s study is a cosmology, or a complete gaze on the entire world. Her research is limited to the Western world and those who have the means of owning the technology to get online. She does not discuss bloggeres in third world countries who access the Internet from cafes, libraries, or schools, and how they write about their life conditions, contributing to the memoir of the human race today. Nor does she discuss attempts by governments to limit the freedom of expression and speech by circumventing soldiers stationed in Iraq and Afghanistan by intimidation, or claiming such blogs will give the enemy advantage information; likewise, bloggers in Cuba and other strict nations have been arrested for what they have posted online, criticizing the government or ruling religion.

Nevertheless, Rettberg’s study is long overdue. Blogging is a must-read for anyone interested in the history and nature of blogging, its use in marketing and social networking, and the simple phenomenon itself: twenty years ago, could anyone have accurately predicted how blogs would change the world?