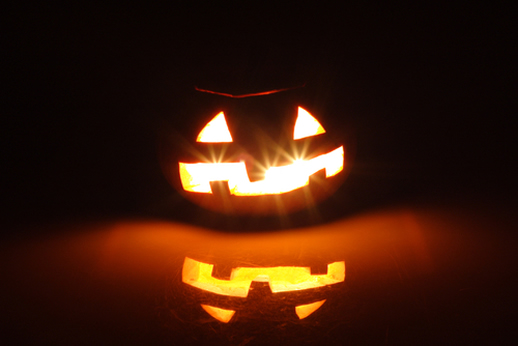 Think of that phrase for a moment—in today’s Western culture, Halloween has become a celebratory and festive event as part of the last three months of the year’s “Holiday Season,” followed by Thanksgiving, Christmas, Hanukkah, and Kwanzaa.

When one thinks about the true history of Halloween, the word “irony” comes to mind.

Halloween has its origins in the ancient Celtic festival known as Samhain, a celebration of the end of the harvest season in Gaelic culture, and is sometimes regarded as the “Celtic New Year.” Traditionally, the festival was a time used by the pagans to take stock of supplies and slaughter livestock for Winter. The ancient Gaels believed that on October 31, now known as Halloween, the boundary between the alive and the deceased dissolved, and the dead become dangerous for the living by causing problems such as sickness or damaged crops. The festivals would frequently involve bonfires, where the bones of slaughtered livestock were thrown. Costumes and masks were also worn at the festivals in an attempt to mimic the bad spirits or placate them.

The term Halloween (and its alternative Hallowe’en) is shortened from All-hallow-evening, the eve of “All Hallows’ Day”, which is now also known as All Saints’ Day. It was a day of religious festivities in various pagan traditions, until Popes Gregory III and Gregory IV moved the old Saints’ Day from May 13) to November 1. . Although All Saints’ Day is now considered to occur one day after Halloween, the two holidays were, at that time, celebrated on the same day.

Today, Halloween is for both kids and adults, to wear costumes, to Trick-or-Treat, to party, and to have fun. Keep in mind its rich history, its paranormal attributes, but have fun today, be safe, don’t drink and drive, and enjoy all the leftover candy this weekend!