By Jeromy Stallings February 24, 2009 No Comments 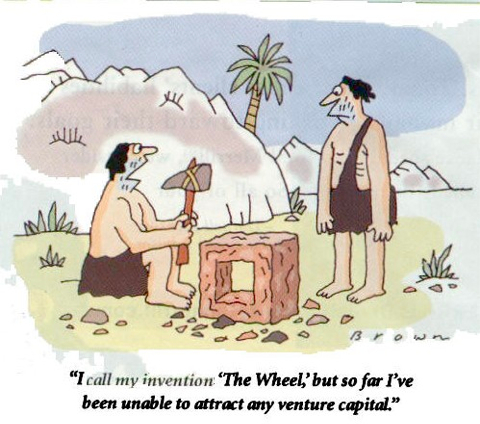 No Need to Fear, Netscape’s Founder Is Here

Have a great tech idea?  A company that will make millions online but all you need is that seed cash?  Impossible to find investors?  All is not hopeless, young Internet entrepenuers!  Netscape founder Marc Andreessen announced on Charlie Rose/PBS last Thursday that he is creating a VC fund with partner Ben Horowitz to help seed technology companies. Check out the interview to hear Marc’s thinking on the future of the newspaper business (shut down the print editions tomorrow), the patience of Facebook’s monetization strategy and the wonders of devices like the iPhone that get the user interface right.

Andreessen, as we know, co-wrote the browser that became Netscape Navigator and opened the Web to billions of peeps. Ben Horowitz is a longtime colleague who also worked at Netscape. The two plan to invest anywhere from $200,000 to $1.5 million in several Internet companies.

“I’m crossing over into the dark side,” Andreessen told Rose, according to a transcript of the show posted by TechCrunch, “…what we’re seeing is a whole generation of startups that don’t need very much money to get started.”

Andreessen and Horowitz have invested in startups for three years: 36 deals, according to Andreessen. He could probably afford personally to lose millions of dollars. Andreessen is on the board of Facebook, has invested in Twitter and raised $44 million himself a couple of years ago for Ning, a site that lets people set up their own social networks.

But venture capitalists invest in companies with other people’s money. So Andreessen and Horowitz are going to need more than a little luck and a big pile of cash.

What Is Venture Capitol?

Venture capital (also known as VC or Venture) is a type of private equity capital typically provided to early-stage, high-potential, growth companies in the interest of generating a return through an eventual realization event such as an IPO or trade sale of the company. Venture capital investments are generally made as cash in exchange for shares in the invested company.

Venture capital typically comes from institutional investors and high net worth individuals and is pooled together by dedicated investment firms.

A venture capitalist (also known as a VC) is a person or investment firm that makes venture investments, and these venture capitalists are expected to bring managerial and technical expertise as well as capital to their investments. A venture capital fund refers to a pooled investment vehicle (often an LP or LLC) that primarily invests the financial capital of third-party investors in enterprises that are too risky for the standard capital markets or bank loans.

Venture capital is most attractive for new companies with limited operating history that are too small to raise capital in the public markets and are too immature to secure a bank loan or complete a debt offering. In exchange for the high risk that venture capitalists assume by investing in smaller and less mature companies, venture capitalists usually get significant control over company decisions, in addition to a significant portion of the company’s ownership (and consequently value).

So…what are you waiting for?  Get those proposals in to Andreessen & Howrowitz.

First, however, here are a few things you need to know: