Beaming in the Flo, Yo 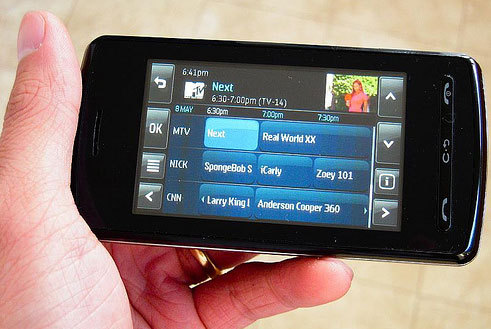 Qualcomm’s linear mobile Flo TV service will expand from 68 to 84 markets this coming week, following the digital transition; the service is keen on grabbing 100 market by year end, reaching several large markets including Boston and Miami. Flo has purchased big swaths of soon-to-be freed up spectrum in markets like San Francisco, Boston and Houston.  The service, offered through AT&T and Verizon, delivers about 20 national broadcast and cable programming services, costing consumers about $15/month in extra fees.

The next step for FloTV will be to launch new products such as a DVR-like recording feature and social networking component and to work on reducing the cost of tuner chips for phone manufacturers.

You’ll need to buy a phone that can receive FloTV, but when you do, you’ll get broadcast television beamed right to your phone.