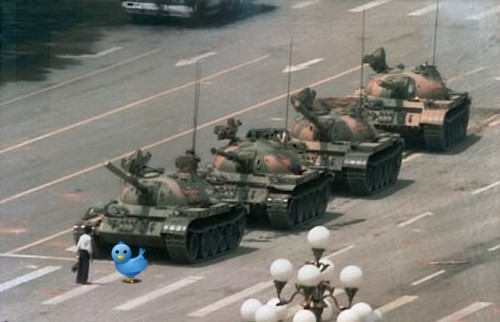 Once again, Twitter finds itself at the forefront of not only digital culture change, but world politics and the dissemination of information.

In the current state of unrest and revolt in Iran, tweets have become the main form of journalism, sending out information 140 characters or less to tell the world what is happening behind closed national borders.

The civil revolt and protest is over the presidential elections, which many in the country feel were rigged in favor of the incumbent president, Ahmadinejad,  over his rival.  The Christian Science Monitor writes:

Defeated challenger Mir Hossein Mousavi claims that the official result of 62.6 percent for Mr. Ahmadinejad and just 33.7 percent for him was a “dangerous charade,” and has called for a new election. His newspaper, Kalameh Sabz, reported that more than 10 million votes were missing personal identification numbers that made the votes untraceable. He also says some polling stations closed prematurely, preventing some voters from casting ballots.

Many others also suspect the legitimacy of the vote, for a number of reasons:

Results from 39.2 million handwritten ballots came much more swiftly than in previous votes, emerging within hours. Detailed election data typically released has not been made public.

International journalists were told to leave Iran and many citizen outlets to the internet and cell phones were blocked or shut down.  This did not stop them from tweeting, however.  And although the Iranian governemnt has attempted to block Twitter access, “hackivists” in the U.S. and Europe set up prozy serves to Twitter for Iranian citizens to use.

Of course, as the Seattle-Post Intelligencer notes, “suspicions are growing that the Iranian government is using the medium to spread misinformation, and Twitter users from all over the world have been changing their location to Tehran.”  Can all tweets be trusted to be true?  Not at all. 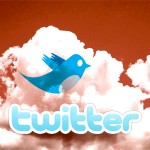 Twitter delayed scheduled maintenance and a planned upgrade to avoid pulling the plug while Iranians used the service to coordinate protests and send out information to the world. In a blog post, Twitter founder Biz Stone explained that a network upgrade had been planned for June 16, Tuesday morning Iran time, but that hosting partners at NTT America convinced them to hold off.

Facebook updates have also come into action as the situation goes more viral by the hour.

The move recognizes the emergence of Twitter, Facebook and other social networking services as crucial tools in the democratic process as citizens rely on these platforms to spread news and voice opinions about important events.

This also shows just how powerful our new technology has become, and not just for the Western world, where we tend to only look at the trends and changes of online tech in terms of business and socialization.  Politics and revolution now come into play, and Twitter has certainly earned its place in the history of new media, with the many paradigm changes it has been responsible for the past two years.

As internet marketers, we can learn a lot about the power of viral communication, and just how powerful a single message sent online can trily become.

Another route for Iranians has also been the use of separate apps, such as Tweetdeck.  Both TweetDeck and Seesmic have also just released new desktop versions. NewTweetdeck features include support of multiple accounts (something Seesmic has offered for a while) and synchronization of accounts on multiple computers.