Pirates and Ad Revenue on the Digital Gangplank

By Jeromy Stallings September 29, 2009 No Comments 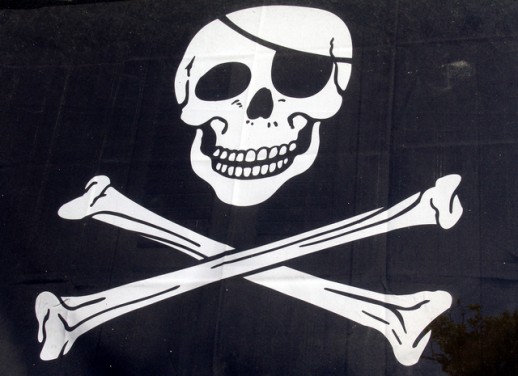 You know that old adage, “If you can’t beat them, join them?”  We’re seeing it happen more and more on the Internet.  When the big recording companies could not stop the beast within that was called NAPSTER, they went into business with the site…

And so now we see that what began as an anti-piracy tool has evolved into a monetization and marketing tool.  Say what? you say.  Or is that, “Arraagh, me mateys, show us the bling!”

Google announced that it is integrating its Content ID system with YouTube Insight, the analytics package that provides producers with a breakdown of who’s watching their videos and when. Content ID alerts YouTube’s 1,000+ partners when one of their videos or audio tracks is being used without authorization, giving copyright owners the ability to block freeloaders from accessing a video or audio track, or to claim a portion of any ad revenue it generates.

Turnabout is fair play? The pirates take, so take from the pirates, arraaragh.

The system has now become an accepted to way to monetize uploaded content as a majority of partners choose to leave infringing uploads up, either linking to legit versions or adding overlay ads. By combining Content ID with YouTube Insight’s reporting tools, companies can now gain insight into what demo is watching their videos and which versions are scoring the highest engagement numbers.

Why not?  After all,  Sony BMG was able to discover that the now-famous JK Wedding Entrance Dance video (featuring the track “Forever” from Sony artist Chris Brown) has become the eighth most popular music video on all of YouTube.

This integration will make it much easier to monetize that mysterious visual driving force of online culture — y’know, the viral video.