New Net Term: “Junk Tween” in Social Media, and How to Use Twitter for Maximum Effect

By Jeromy Stallings November 2, 2009 No Comments 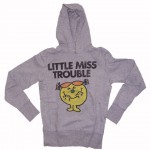 “Junk tween” — that’s the new term for the mass amount of annoying “junk culture” neologisms and textual non-sequirters that tweens have been polluting the bandwidth with, the sort of stuff Twitter has been combating to keep its good name as a viable social media tool rather than a platform for kids to “talk trash.”

But even as some tweens abandon Twitter when they too get annoyed, recent internet gossip and chatter has surrounded Mylie Cyrus’ divorce from the digital tool she once championed, alongside Ashton Kutcher and Shaquille O’Neil.

Two of Twitter’s biggest celebrities — Miley Cyrus and Stephen Fry — have had their gorges go buoyant on the service, for entirely different reasons it appears. For infamous young Miley (known better as Hannah Montana), she had a very public break-up with the act of tweeting last month, deleting her account as a grandiose attempt to regain her privacy. She even went to the trouble of writing a little rap ditty to explain it to her 2 million followers, then told a Chicago radio show last week: “I think Twitter should just be, like, banned from the universe.”

The drama mounts: on Halloween night, actor and gafly Fry tweeted that he too may have to give up being a twit:

“Too much aggression and unkindness around. Pity. Well, it’s been fun.”

The hurt feelings arose from Stephen Fry’s dubbed “boring” by one of his 935k followers.

He now seems to have reconsidered — celebrities need Twitter more than Twitter probabky needs him. It is a symbiotic relationship, one that is fairly ripe and new for study among social media scholars: the famous and the social media service.

The team here at Ninthlink often discusses relevancy of of brand to on’s life, and how that best can be used for marketing and outreach.  Think about it: Twitter needs its celebrities to spread the word by using its product; celebrities generate press and viral campaigns that take a life of their own, and fans of celebrities will use a product that their idols use.  The product, therefore, is quite relevant to both the life of the celebrity (the object) and the fans who keep up with the information (the subject).

This does not only aply to Twitter but any other social media platfrm, frm MySpace to Vimeo. Where does the fan get relevant information on a movie star, TV idol, or rock god?  Their social media use, that’s where — even if Mylie Cyrus leaves Twiiter, she will go to another product to maintain her symbiosis with her fans.  She has to. That’s part of the celebrity game. Lose your fans, you become less relevant,

We also discuss social media in a less-than-glamorous manner, such as its relevance to client prodcts, and YOUR brand.  How can we best make use of services such as Twitter and MySpace, both free and accessible, to get the word out there and get that 300% ROI coming in?  We follow the daily trends — such as this issue with Mylie — to help determine what tomorrow’s trend and fad will be, and then take advantage of it.

Remember: this is the Internet, and things have a way of changing virtually within the hour.  One’s true today will not be true tmorrow, and the trick here is to keep up.