Installment #2 — Blog from the Future

By Jeromy Stallings January 20, 2009 No Comments

FROM THE BLOG OF NATASHA GREY

I’m sure you’ve all seen the billboard ads, the online ads, the TV ads, that have half my face and these words under my chin: UB WHAT U CLICK.  That wasn’t my idea, but I would be lying if I said I didn’t feel a sense of pride every time I see that ad.  The only problem is: I can’t walk on the street without people noticing me all the time.  “Hey, Half Click Lady!” they say.  And men—they try to make the moves, mostly at events or social gatherings: they ask for my number or email or give me their cards. They want dates. But they’re not interested in “me,” the real me, who I am, they are more interested in the image they see, the fantasy they have created around me, what they “think” I am, this person sitting high in the digital ivory tower.

I guess I am experiencing “fame.” Like a movie star or model, I am experiencing a life with little privacy now.  And I used to be such a private person!  I still am.  It’s flattering to be noticed everywhere I go, but it can also be exhausting and at times a little scary.  People have followed me, both men and women, and I sometimes have to elude them by jumping into a taxi cab or a pedi-cab, riding around the block a few times, or left off on another block, until I’m certain I am no longer being followed. (It makes you feel like there are eyes staring at the back of your head all the time.)  Did I know what I was getting into when I wrote The Half-Click Way, what New Fox News recently called “The Marketing Manifesto of Our Times”?  Not at all.  Would I have not written the “manifesto” had I known what would come into my life, how it would have changed my life?  I doubt it.  Because let’s face it: I originally wrote it with the idea of making money.  The hell with philosophy and sociology, I’m  a business person, I’m all about the 300% ROI and profit.  That’s why I’m a Net  4.0 Marketer.  That’s what I went to UCSD for: to make a living from the meta-digital.

Thinking about it, that phrase “You Are What You Click” holds a lot of truth, philosophy, and anthropology.  For my life, for your life.  Think about what you purchase online: what relevance does it have on your every day life?  Look around your home and office: how much of what you have did you acquire by that (half) click online?  How much came from online stores, sent by courier?  Every book I have on my shelf I bought online; every clothing item and the shoes I wear I buy online (even underwear); every DVD are movies I buy online, see online; I have a poster for The Planet of the Apes on my wall at the office that I got via an online auction, and paid a pretty penny for, because it was signed by Charleton Heston back in the 1970s!! 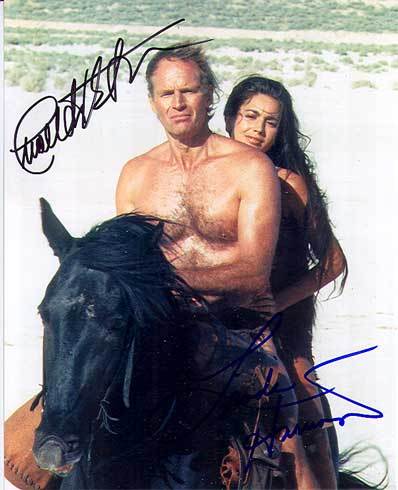 (A cultural aside: I love that movie so much that I bought the book by Pierre Boulle and was surprised to discover that the book has little to do with the movie, other than the basic concept – this was a French novel that acted as an allegory on science and evolution, rather than a straight science-fiction story.  There was very little dialogue from the book that’s in the movie—the script/adaptation was written by Rod Sterling, that creepy fellow from The Twilight Zone shows, and reads like an episode of such. 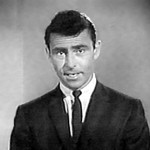 Just a comment on adaptation theory here: the combination of one idea going from the text to the visual, driven by market and consumer needs.  Had Hollywood made the novel verbatim, it would have been boring and a flop.  How to sell an idea?  Jazz it up and put a famous actor in the lead.) 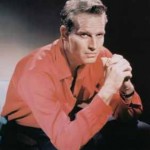 Speaking of Charleston Heston, another aside, I was just a toddler (see pic in previous post) when he died, but I’m a fan of those old 20th Century movies, and I’m a fan of the new movies that the ThirdSpace Heston stars in.

Have you explored ThirdSpace yet?  I highly recommend this new and exciting entertainment platform.  Movies are created by using digital images of dead actors, and live ones too, but what’s better is that you can place an image of yourself into ThirdSpace and place it into the context of any of the movies or TV shows in the ThirdSpace database…or create your own narratives.  If you can grasp their code and are good at making up stories, you can create a whole different life for yourself (similar to the Second Life concept) and experience it in virtual 3D.  I think ThirdSpace will become all the rage of 2030.  I sure wish I was working on THAT marketing campaign.

The emails and phone calls are overloading my system so I will have to cut this blog entry short.  Everyone is haunting me on the release of The Second Manifesto.  Ah, the Second Manifesto. What new path will I take the world?  More on that later.  Like I tell everyone else: “Patience is a virtual.”

When I was five, I discovered Second Life (I’ve been online since I was three, with my first Mac Pro Notebook).

Of course, my other lives were princesses, Barbies, and Laura Croft.  When I was ten, I did the gender bending thing and made my second life as a boy.

I played around with all the other virtual world lives, but was always aware that these were images on the screen and it was all in the imagination.

Then, two years ago, along comes ThirdSpace, the next generation in virtual existence.  I’m surprised it didn’t immediately catch on, but there were some glitches in the beta versions.  I also think ThirdSpace is a little too “real” for many people.  The reality of it takes time to get used to.  So do the contact lenses required to “see” into ThirdSpace.  Sometimes those lenses run hot on the eyes and while it’s supposed to be safe, it can get uncomfortable.

If you’re not aware of the history of ThirdSpace, here it is in a nutshell:

ThirdSpace was launched in 2027 3rd Life Industries and created by twenty-year-old Orion Conrad, resident of Beverly Hills, California, the offspring of a rock star and a movie star, a kid who spent his whole life in luxury and isolation in a mansion at the top of Mulholland Drive.  But he was a genius.  He came up with the basic programming platform of ThirdSpace when he was fifteen and worked five years on perfecting and implementing it.  With his trust find, he founded 3rd Life Industries and hired a bunch of programmers to help him refine the platform.  He purchased the rights of numerous movies and TV shows that could be seen via ThirdSpace hard and software.  It is a 3D imaging world – once you’re played in, it’s like you’re standing in that living room and observing the sit-com taking place.  Or you’re in the car that is being chased in an old Bruce Willis movie.

Old programming wasn’t enough.  ThirdSpace started to offer its own product, new movies and TV shows that “the experience” could enjoy.  Of course, such product needs celebrities to drive it. Rather than today’s celeb, ThirdSpace created the “Dead Celeb” platform, where near lookalike images of dead movie and TV stars become a part of the narrative.  So, you have new Charleton Heston or new John Wayne movies to enjoy.

The next logical step for “the full experience” was to place YOU into the narrative.  This can be done in two ways on ThirdSpace: you can embed your image into the nafrrative and watch the story take place, or you can integrate yourself into the storylines and observe things from your avatar’s point of view.

I have to admit that the beta versions appeared cheesy when clocking in, like 20th Century CGI.  That has since been improved, greatly.  Now I’m hooked.

I sometimes wonder if I spend too much time in ThirdSpace. I mean, I’m a celebrity now in real life, why would I hide in a 3D Life?

“The grass is always greener.”  Who said that?

I have two ThirdSpace lives: in one, I am a normal suburban housewife with a loving husband and two great children.  It’s a sit-com, really, with pre-fab situations build in around a pre-fab house, and a laugh track that fires up whenever something hilarious happens.  I like to visit this existence when I need to relax.  My character’s name is Aimee Norton. She’s an average, normal woman who is content as a happy homemaker who goes to church each Sunday and nurturing her children in their growth.

When  I feel the need for adventure, I clock into the life of Zetta Stone, super secret agent for the Global Faction, who fights off the tyranny of terrorists, rogue nations, and alien invaders.

Zetta Stone’s mission is to keep the world clean for democracy.  I add in plenty of car chases, explosions, underwater battles, and a steamy sex scene now and then (I won’t tell you who with, I need to maintain some secrets).

I have placed my face onto Zetta Stone, but not my body.  Zetta is a foot taller than I am, sleeker, more muscular, bigger boobs, a shapely ass.  Hey, this is fantasy, all right?  I can “look” any way “I” want when I’m Zetta Stone.

And Zetta can do impossible acrobatics that would break half the bones in my body if I ever tried time.  She also does’t suffer any after effects when getting too close to an explosion, and feels little pain if she ever takes a bullet in the shoulder or leg.  She can pulls that bullet out, patch it up, and she’s ready for the next battle with a Chinese terrorist or an alien from Jupiter.

Lately,  I’ve been spending more time as Aimee Norton rather than Zetta.  Not sure why.  A wish?  A desire?  I know that on one could ever have a true life as Zetta, but the life of Aimee is not impossible.  For some, at least.  And I know there are women out there in America and Europe and Australia who actually have Aimee’s life.  I know it’s a life I’ll never have.  Do I even want it?  Do I want a husband and kids?  I don’t know.  But it’s nice to pretend, and it’s n ice to be Aimee now and then.

I’ve been thinking of creating a third existence in ThirdSpace.  Perhaps as a child, seven or eight, add in some innocence and wonder.

Do you ever wonder what happened to wonder?

NOTE: This is the second chapter of a science-fiction-novel-in-blogs, as written by a fictional character Natasha Grey, a new media and online marketing wunderkind who, based on her revoluntionary ideas, inadvertently creates a new cultural paradigm, the philosophy of the “half click.”  Hence, the title of this novel, HALF CLICK.  The novel will incorporate marketing ideas developed here at Ninthlink, with a look at the future and where online marketing may go in the next ten or twenty years.  This story will also have action, suspense, romance, and virtual reality intrigue — in some ways, this is a cyberpunk yarn.