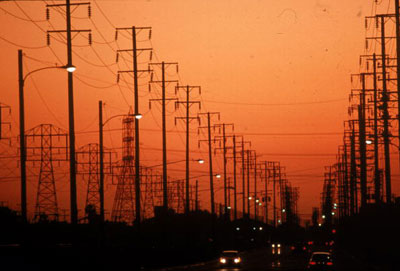 The Big Switch: Rewiring the World, from Edison to Google

We first heard about this book from a tweet by Dallas Mavericks owner Mark Cuban, who recently  found a new medium with which to express his anger at NBA officials: Twitter. He was fined $25,000 last Friday by league officials for his tweets.

“Can’t say no one makes money from Twitter now,” Cuban said, which has tto be the quote of the week. (The whole affair also led the tech billionaire to wonder whether or no Tweets are copyrightable.)

So, when Cuban raved about the book in less than 140 characters, we knew we had to check this book out, by the author of the bestselling Does IT Matter? 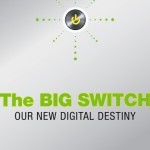 Carr traces the history of commerce and power — electrical power, not CEO power — from the days of windmills and waterwheels to the power grid and USB driven devices. According to Carr, we’re in the midst of a similar transition in computing, moving from our own private hard drives to the computer as access portal. Soon all companies and individuals will outsource their computing systems, from programming to data storage, to companies with big hard drives in out-of-the-way places. Carr’s analysis of the recent past is clear and insightful as he examines common computing tools that are embedded in the Internet instead of stored on a hard drive, including Google and YouTube.

The social and economic consequences of this transition into the utility age fall somewhere between uncertain and grim, Carr argues. Wealth will be further consolidated into the hands of a few, and specific industries, publishing in particular, will perish at the hands of crowdsourcing and the unbundling of content. However, Carr eschews an entirely dystopian vision for the future, hypothesizing without prognosticating. Perhaps lucky for us, he leaves a great number of questions unanswered.

The book is divided in to two parts. The first uses historical analysis to build the ideas that the Internet is following the same developmental path as electric power did 100 years ago. This idea is one of Carr’s obsessions and featured throughout his writing. The second section discusses the economic, social and other issues associated with the Internet becoming the platform and marketplace for commerce.

Chapter 1: Burden’s Wheel lays out Carr’s overall argument from an academic perspective. It starts with the historical position of water power, the precursor to electricity, and then explains conceptually what these different technologies mean. This is a clear statement and one that is important to the book. Carr points out the unique economic impact of general purpose technologies – the few technologies that are the basis for a multitude of other economic activity.

Chapter 2: The Inventor and His Clear is a historical account of the early days of electricity. Well researched, this chapter is good reading for the business history buff than one looking to understand the arguments Carr is making. The chapter focuses largely on the development and adoption of electric power. It points out that electric power had some false starts such as Edison’s instance on local DC plants and that it needed the development of some additional technologies to take off. As an analogy to computing and the internet, these examples fit very neatly – almost too neatly into Carr’s argument.

Chapter 3: Digital Millwork discusses the recent history of the computer. This is intended to give the reader the opportunity to connect the history of the electricity at the turn of the 20th century with the development of computing at the turn of the 21st century. It works to a point. Straight comparisons between client service computing and DC power generation among others are partially accurate, but incomplete. Carr sees bandwidth as the savior of computing much in the same way that the dynamo and Tesla’s AC power turned electric plants into regional power companies.

This chapter communicates Carr’s basic complaint with current information technology – at least in this book. His complain on page 56 and 57 is that IT costs too much for what it delivers. Latter he talks about excess capacity in servers and computing capacity. This basic cost economics argument does not take into account the value generated by the existence of the applications that run on those servers and the fact that at the time business leaders, like their grand fathers before them did not have another choice.

Chapter 4: Goodbye, Mr. Gates holds his explanation of the future world – a future of virtual computing where physical location and therefore device based software licensing no longer exists. In the chapter, Mr. Carr is late to the game. Grid computing has been a developing factor for more than 10 years and will accelerate as this book popularizes the idea. The comments in this chapter are not particularly new for the technology aware but they are almost unabashedly positive in favor of Google, something that will continue for the rest of the book

Chapter 5: The White City turns away from a continued development of the technical ideas of virtualization and grid computing and moves back into a historical discussion of how electricity changed people’s lives and societies. Again Carr is providing information to set the reader up to make a comparison to what the switch to the Internet might be. His discussion of Insull and Ford are interesting if brief.

Part Two of the book takes a curious turn ad Carr finishes his arguments about the programmable internet and then seeks to systematically undermine the value of that environment on which he says the future is based. He offers few ideas or solutions, just criticism or more appropriately the criticism of others.

Chapter 6: World Wide Computer returns to the notion of what the unbridled possibilities of the programmable internet might be. This chapter concentrates on how wonderful this world will be for the individual with infinite information and computing power available to them. Carr provides a clear example of a Ford Mustang enthusiast’s ability to create their own multi-media blog/website/advertising site as an example of how wonderful the world will be. This chapter is the utopian chapter where we all can benefit; Carr will destroy most of those notions in latter chapters.

Here is where Carr discusses the future of corporate computing; giving the topic all of four paragraphs p. 117-118. The basic idea is that today’s IT will fade away in the face of ‘business units and individuals who will be able to control the processing of information directly.” For IT people, this is the end user computing argument. This is also the last word he makes on the subject of IT in the book.

Chapter 7: From Many to the Few is a discussion of the social impacts of a programmable internet where each runs their own personal business. Think Tom Peters and personal brand. This is the best chapter of the book and the most unusual Carr sets out to systematically point out the negative consequences of the assertions he makes in the previous chapters. Here he talks about the fact that fewer and fewer people will need to work in a global world of the programmable internet, that the utopia of equality and cottage industries envisioned by the web will not come to pass.

Chapter 8: The Great Unbundling talks about the move from mass markets to markets of one. The chapter also talks about the social implications of a web that connects like people creating a tribal and increasingly multi-polar world, rather than the world wide consciousness assumed to arise when education and communications levels increase.

Chapter 9 Fighting the Net discusses the weaknesses and vulnerabilities of free flowing information and the structural integrity of the net. This chapter again tears away at the foundation of the future that Carr lays out earlier. Normally in a book there would be public policy recommendations to address these points. They are not here giving this chapter more the feeling of journalism rather than analysis and insight.

Chapter 10 A Spider’s Web addresses the personal privacy issues associated with the web and the realization that as Richard Hunter says “we live in a world without secrets”. This chapter is a warning about the issues of privacy and what it means to do business where everything is recorded and tracked.

Chapter 11 iGod is the far out chapter talking about the fusion of human and machine consciousness. What is possible when the human brain can immediately access infinite information and the machine gains artificial intelligence? These are the questions raised but unaddressed in this chapter. In possibly setting up his next book, Carr provides a journalistic survey of the work that is being driven to bring man and machine together.