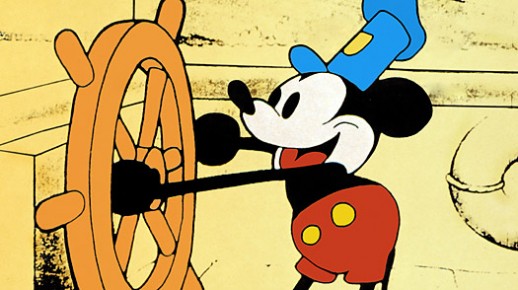 The Walt Disney Company announced a far-reaching agreement with YouTube to launch multiple ad-supported channels featuring clips and other short-form content from ESPN and the Disney/ABC Television empire including ABC Entertainment, ABC News, ABC Family and SOAPnet. Under the terms of the deal Disney Media Networks will have the option to sell its own ad inventory to the content, the traditional model, or take advantage of Google’s more innovative approaches. ESPN’s video player will be integrated on its YouTube channel to showcase sports highlights and Sportscenter clips but apparently full episodes will not be part of the offering.

One way YouTube YouWooed Disney and other premium content providers is to clean up its act in terms of navigation and presentation. The  site is planning to do just that on April 16,  adopting a now-familiar four-tab layout that will clearly separate premium movies, music and shows from its bread-and-butter UGC content. The redesign would give advertisers a much safer haven in which to serve their in-stream ads. But the YouTube player would maintain Google’s approach of emphasizing contextual, targeted advertising rather than the traditional TV model of individual show sponsorship. This evolutionary step for YouTube is probably inevitable if Google is ever going to effectively monetize its category-leading traffic.

As evidenced in the backlash Facebook is dealing with its user-unfriendly new look, it must tread carefully to avoid fatal loss of street cred. Stupid, silly, edgy and controversial videos —  the kind that make advertisers uncomfortable —  are exactly what folks to come to YouTube for, and if YouTube stops hosting these, millions of viewers will simply go to other sites that do.

So, YouTube: sell out for the sake of the mouse, or retain the spirit that made you big in the first place?  Your desire for more YouProfit may wind up being your downfall.  This would not be the first time, and reason, a giant in business has fallen.