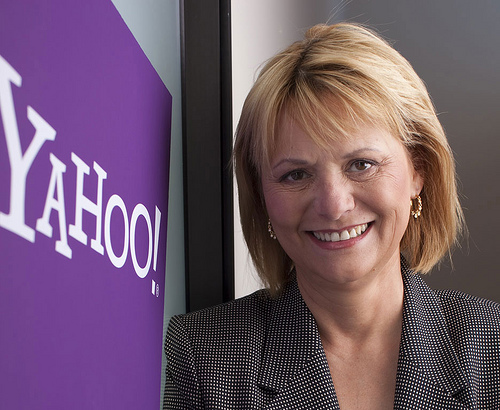 Mobile search company Getfugu signed a marketing deal with Hollywood outfit CP Productions agreeing to be Getfugu’s agent in the entertainment sector for its “hot spotting” advertising service, set to launch in fall of 2009. In addition to offering image and voice recognition interfaces, Getfugu allows you to watch a video on a touchscreen phone then touch an item featured in the video in order to purchase it.

All exciting suff, nevertheless times are uncetain in the online advertising space. Our buds @Yahoo reported a 78% drop in net income, which totaled $118 million for Q1 compared to $537 million a year earlier. Revenue dropped 13% to $1.58 billion, down from $1.8 billion Q1 2008. Double digit declines in display advertising and revenues from affiliated sites didn’t help. Even search revenue on the company’s owned-and-operated sites dropped by 3% year-over-year to $399 million. As expected the company announced another wave of job cuts that will shed an additional 5% of its workforce in order to, in the words of new CEO Carol Bartz, “streamline our structure globally.”