Palm Pre Hits the Streets: The Reviews Are In

By Jeromy Stallings June 6, 2009 No Comments 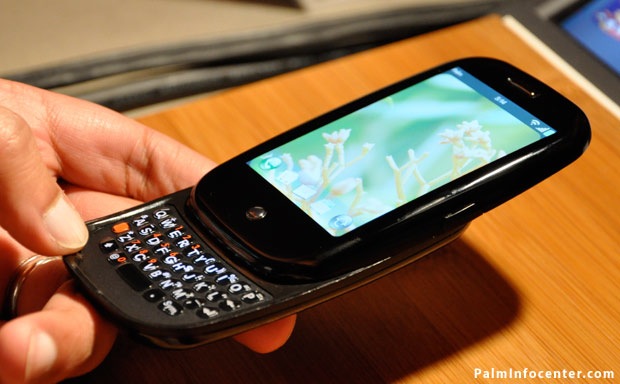 The early reviews were out for the Palm Pre before its street date of June 6 and the word was hot -– the multitouch, keyboard toting, app-downloading smartphone hopes to give the iPhone a run for its click and it may very well do just that.

David Pougue of the NYTimes “leaked” praise of its graceful design and the easy functionality of its Web OS. The device’s  ability to run multiple applications becomes apparent when you shrink all the open apps into the mini “cards” you can jump back and forth from.

“That the Pre even comes close to succeeding is astonishing,”  Potgue writres. “As so many awful ‘iPhone killers’ have demonstrated, most efforts to replicate the iPhone result in hideous designed-by-committee messes […] It’s exactly the right size. It’s smaller than the iPhone — half an inch shorter, though a quarter-inch thicker — and therefore more comfortable as a phone.”

Wall Street Journal’s Walt Mossberg points out the power of its “Synergy” function, which allows you to take contacts and calendar data from multiple sources and merge them into a single interface. Mossberg opines:

I consider the Pre to be potentially the strongest rival to the iPhone to date, provided it attracts lots of third-party apps, which it sorely lacks at launch. Its design is much better than that of the two other main iPhone-class competitors: the T-Mobile G1, which uses Android, and RIM’s touch-screen BlackBerry Storm.

Whether the Pre is better than the iPhone depends on your personal preferences, though I’d note that the new iPhone to be unveiled next week will have lots of added features that could alter those calculations.

The Pre’s biggest advantage over the iPhone is that, in addition to sporting an elegant touch-screen interface that matches or exceeds Apple’s, the new Palm device has a real physical keyboard that slides out from its curved body. While I like the iPhone’s virtual on-screen keyboard, others hate it, and yearn for a device with both a great touch interface and a physical keyboard. The Pre delivers.

At $200 with a 2-year commitment, it costs the same as the iPhone 3G (that’s after waiting for the $100 rebate.)  It looks cheaper to operate: $70/month gets you 450 anytime minutes including unlimited web surfing and text messaging. Sprint will also let you tether it to its all-you-can-talk-and-consume plan for $100/month.

For a video tour, check it out here.

Bloomburg.com reported on June 7: “Palm Inc.’s Pre sold out within hours at some stores after Sprint Nextel Corp. released the touch- screen phone yesterday, as pent up demand from months of waiting met with limited supplies […] ustomers have been waiting since January for the Pre, touted as the biggest competitor yet to Apple Inc.’s iPhone. The stores have started waiting lists for customers who can’t get the device immediately, said Karen Paletta, manager for Sprint’s Northeast stores. Palm and Sprint, reeling from customer losses and sales declines, have seen shares surge this year in anticipation of the smart phone’s debut.”

Who said the economy was setting mobile devices back?  Engadget.com writes:

Palm has gone to great lengths to bring its industrial design up to date, and they’ve landed a winner. The casing of the phone is made from sleek, glossy plastic, and the 3.1-inch touchscreen is flush with the face of the device, just like the iPhone or Touch Diamond. The phone has a bit of a curve to its body both in the back and around the sides, but would easily slip into a pocket. When you slide out the QWERTY keyboard, it has an almost banana-like shape to it, curving slightly to meet the contours of your hand and face. As you might expect, it feels great in the hand — it’s slightly smaller than an iPhone when closed, slightly larger when open, and roughly the same width.

The team at Ninthlink applauds all the wonderful communication innovations happening out there.