By Jeromy Stallings January 26, 2010 No Comments 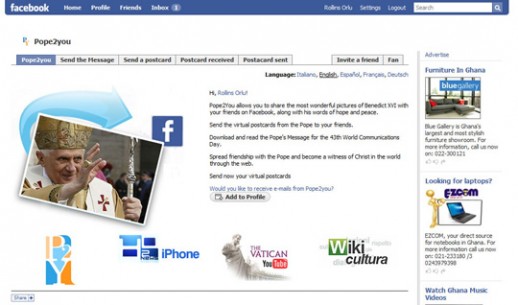 There’s an old 1971 Robert Silverberg science-fiction story, “Good News from the Vatican,” where a robot is elected pope…

How far off is that?

The current Pope is now encouraging all his clergy to jump onto the new media bandwagon and embrace social media.  In a message prepared for World Communications Day on May 16, Pope Benedict XVI is telling his  priests, bishops and cardinals to proclaim the gospel using social media, online video, blogs and animated features in order to reach the younger generation.

The Vatican has already made its foray into cyberspace with its digital-savvy Papal leader — having launched a YouTube Channel, Facebook and iPhone apps last year.