Jacuzzi is holding its first ever Facebook contest and inviting current Jacuzzi hot tub owners to submit pictures showcasing their outstanding installations; giving Jacuzzi owners the opportunity to show of their dream backyards.

Not only is this a very interactive campaign for current Jacuzzi hot tub owners, but Jacuzzi’s Facebook fans & Twitter followers (regardless of hot tub ownership) will also have an important role in voting for their favorite installations.

The contest is being promoted through Jacuzzi’s hot tub blog and custom Facebook page, both of which were designed and developed by Ninthlink. 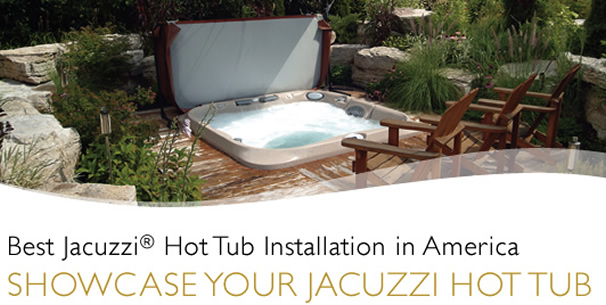 For help with launching a social media campaign of your own, contact us today.