By Jeromy Stallings January 19, 2009 No Comments 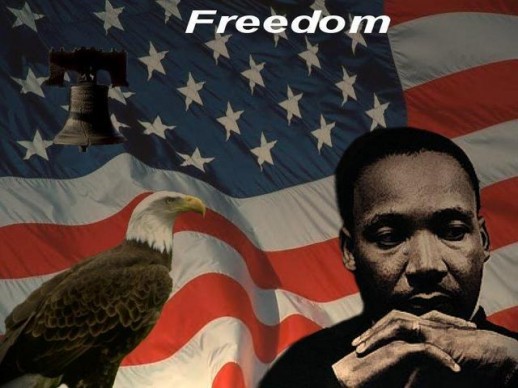 Today is a government, state, and city holiday, in recognition for the civil rights advocate and leader, Dr. Martin Luther King, Jr., who was assassinated in Memphis, Tennessee on April 4, 1968, while standing on the balcony of the Lorraine Motel.

King was a Baptist Minister and the youngest person to ever receive the Nobel Peace Prize in 1964. He was posthumously awarded the Presidential Medal of Freedom in 1977 and Congressional Gold Medal in 2004; Martin Luther King, Jr. Day was established as a U.S. national holiday in 1986. If King were alive today, he would be 80 years old.

King was influence by Ghandi’s method of non-violent and peaceful protest to enact social and political change.

In 1957, King, Ralph Abernathy, and other civil rights activists founded the Southern Christian Leadership Conference (SCLC). The group was created to harness the moral authority and organizing power of black churches to conduct non-violent protests in the service of civil rights reform.

King, representing SCLC, was among the leaders of the  “Big Six” civil rights organizations who were instrumental in the organization of the March on Washington for Jobs and Freedom in 1963.

The march made specific demands: an end to racial segregation in public schools; meaningful civil rights legislation, including a law prohibiting racial discrimination in employment; protection of civil rights workers from police brutality; a $2 minimum wage for all workers; and self-government for Washington, D.C., then governed by congressional committee. Despite tensions, the march was a success for the causes. More than a quarter million people of diverse ethnicities attended the event, sprawling from the steps of the Lincoln Memorial onto the National Mall and around the reflecting pool. At the time, it was the largest gathering of protesters in Washington’s history.  King’s “I Have a Dream” speech electrified the crowd; this speedh is regarded, along with Abraham Lincoln‘s Gettysburg Address and Franklin D. Roosevelt‘s Day of Infamy Speech, as one of the iconic speeches in the history of American oratory.

Today, a special significance of the holiday holds dear to many because tomorrow is Barack Obama’s swearing in as the 44th President of the U.S.

So what’s open and closed today?  Courts and all San Diego city, county, state and federal government offices are closed. There will be a one-day delay in trash, yard waste and curbside recycling collection in the city of San Diego.

Parking meters will not be enforced in San Diego and most cities in the county, except in Del Mar. There will be no mail delivery and banks will be closed. City and county libraries will be closed. Metropolitan Transit System and North County Transit District busses and trolleys will operate on a holiday schedule.