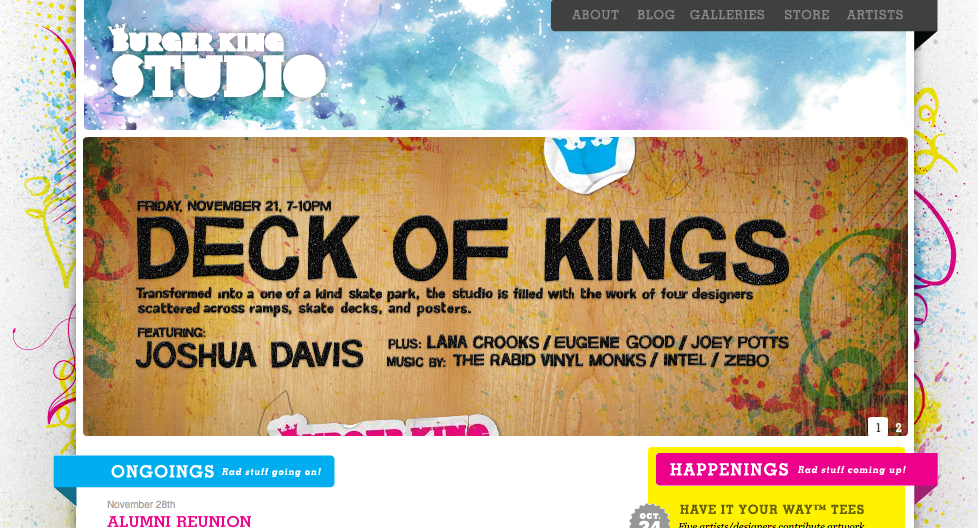 This is not a drill. This is the real thing. Mr. Burger King himself has reached his greasy cheese covered hands and touched the art scene. I would be a liar if I said this site was lame, poorly designed, or possibly a giant joke, but I guess I am not a liar. I like the T-shirt builder the design and the support of the king in the art scene. This gives a whole new meaning to look don’t touch, because I know your hands were gripping a nice juiicy whopper kid. They are even selling out the exclusive T-shirts. I give this effort a hell yes and a what funk is realy going on here french frie face. See for yourself at Burger King Studio. And while your at it make me a T-shirt.

Hello. I am a graphic designer, creative director, artist, usability creating, web wrangling kind of a guy. Some of my best friends are whiteboards, sketchpads, and my mouse and keyboard. SD transplant since 1997. Husband and father to twins. My passion is to improve life with good design.