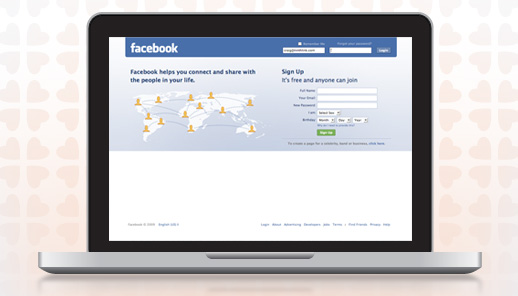 The successful social networking site Facebook turned five years old this month.  Here are five reasons why we dig and luv the site:

1) Created The (For Now) “Definitive” Social Networking Experience
In a world where most of our daily communication comes in the form of e-mail, IMs, and other Internet-based methods, Facebook has fused these elements into one package, the mark of positive usability. With more than 150 million active users, Facebook is, quite simply, where it’s at. It has e-mail; it has IM; it has Twitter-infused status updates; it has everything one needs to connect with old high school buddies, make new friends, and build a cohesive online community.

Facebook is not limited to the sole person – it is used by businesses, non-profit organizations, and presidents. Practically everyone who loves to be online in this high-tech world of disembodied communication has latched onto Facebook as a central hub for engagement.

2) It Has a Streamlined, Smooth Interface
What’s most important about Facebook’s interface is that it’s easy to use, and relatively difficult to get lost within. Tabs guide users through the variety of posted items, and an iPhone app makes it easy to log in on the go. Remember that acronym KISS?  Keep It Simple Stupid? Put frankly, Facebook is beautiful in its simplicity.

3) It Got in the Face of MySpace
MySpace is a mess; it’s like an HTML epileptic fit. Besides its reputation for being the stomping ground of sexual predators and its rather filthy casual sex underpinnings (it’s not nicknamed MeatSpace for nothing).  When MySpace became more popular than Livejournal.com, it was only a matter of time before someone got into MySpace’s face and showed them up.  It’s all about competition, baby.

4) Hub For Education and Student Communication
Schools and publishing companies flock to Facebook as a way to connect students with other students. Through study groups, help guides, and other forms of student interaction generally relegated to different sites spread all over the Web, Facebook has proven to be a successful and effective catalyst for student success.

5) Social and Cultural Relevance
In just five short years, Facebook has become a household name for communication. It has captured the minds and hearts of a generation and turned into a phenomenon unlike what its creators could have expected. A movie about the founder is in the works.