By Jeromy Stallings August 14, 2009 No Comments 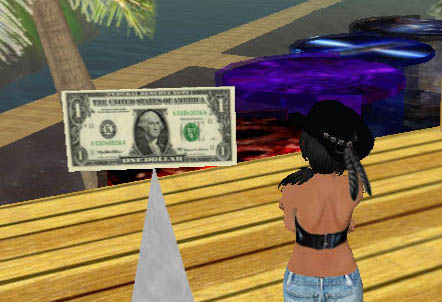 Have you stopped playing in the Second Life universe?  Sick of avatars — are they too 2007 for you?

Avatars and virtual worlds have yet to make their biggest impact: on the economic level, already having rooted itself deep into entertainment and intellectual challange.  Virtial reality will soon effect “the meat world” as some call it, and there are many who have been anticipating the rise of an entire economy around virtual goods and services.

Revenues are expected to reach $621 million in the U.S. this year, according to a Piper Jaffray report, which contends that by 2013, the category will generate a cool $2.46 billion.

Facebook sees the road signs ahead and has been getting into the act, beta testing its own universal currency — and what do we see but Britney Spears out in front of the trend, hawking virtual gifts on her Facebook page. For 20 credits, the equivalent of $2, you can send one of 5 limited edition icons to a friend including a birthday cake or a gay rights balloon.

And…good ol’ Second Life reports a healthy virtual economy of its own; during their Q2,  virtual trading activity reached an all time high, generating $29 million while overall transactions reached a total of $144 million.

Imagine that — a fake economy that is booming.  The trick now is to get that digital wealth transformed into real world results.  If it’s possible in a computer-world, it’s possible in the meat world.