By Jeromy Stallings August 17, 2009 No Comments 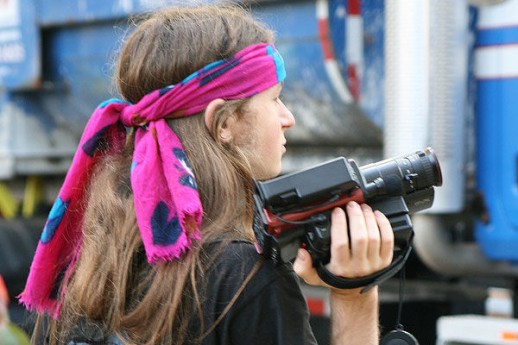 Help a Journalist Out

Sites such as CNN’s iReport have been the big “Thing” in online trend-setting in 2009 when it comes to citizen journalism — the concept of members of the public “playing an active role in the process of collecting, reporting, analyzing and disseminating news and information,” according to the seminal 2003 report We Media: How Audiences are Shaping the Future of News and Information. Authors Bowman and Willis say: “The intent of this participation is to provide independent, reliable, accurate, wide-ranging and relevant information that a democracy requires.”

Now cmes HARO ( Help a Reporter Out), a simple online platform that acts as a matchmaker between journalists looking to connect with sources in the know and businessmen looking to get coverage or exposure for their product, company or cause.

HARO was created by entrepreneur Peter Shankman.  Online suers like it because it saves time and provides transparency; a reporter can type queries and search literally millions of media pitches, using the magic of keyword search to find a match. The site has grown significantly  in the past year, registering 30,000 working journalists (up from 1,500 a year ago) and 80,000 sources (up from 20,000) while attracting 3,000 monthly queries.

HARO could be used as a marketing and sales ecosystem. The site  plans to expand and offer specific industry verticals.

Mark Glaser, a journalist who frequently writes on new media issues, wrote in 2006:

The idea behind citizen journalism is that people without professional journalism training can use the tools of modern technology and the global distribution of the Internet to create, augment or fact-check media on their own or in collaboration with others. For example, you might write about a city council meeting on your blog or in an online forum. Or you could fact-check a newspaper article from the mainstream media and point out factual errors or bias on your blog. Or you might snap a digital photo of a newsworthy event happening in your town and post it online. Or you might videotape a similar event and post it on a site such as YouTube.

In What is Participatory Journalism?J. D. Lasica classifies media for citizen journalism into the following types:

New media theorist Terry Flew states that there are 3 elements “critical to the rise of citizen journalism and citizen media”:

In 2004, a citizen journalism website called Associated Content was launched. The “People’s Media Company,” as they claim to be, was the first company to offer monetary compensation for their users that publish quality content in the form of articles, videos and audio clips. A few years later, WorldVoiceNews.com was launched, claiming the tagline “Honest and Unfiltered,” and paying editors and reporters a per-story fee based on the number of stories they submit and the revenue for the company each month.

How to Become a Citizen Journalist

1. Get a device that records bvideo

According to new media critic Jay Rosen, citizen journalists are “the people formerly known as the audience,” who “were on the receiving end of a media system that ran one way, in a broadcasting pattern, with high entry fees and a few firms competing to speak very loudly while the rest of the population listened in isolation from one another— and who today are not in a situation like that at all. … The people formerly known as the audience are simply the public made realer, less fictional, more able, less predictable.”

“We are the traditional journalism model turned upside down,” explains Mary Lou Fulton, the publisher of the Northwest Voice in Bakersfield, California, in Online Journalism Review. “Instead of being the gatekeeper, telling people that what’s important to them ‘isn’t news,’ we’re just opening up the gates and letting people come on in. We are a better community newspaper for having thousands of readers who serve as the eyes and ears for the Voice, rather than having everything filtered through the views of a small group of reporters and editors.”