By Jeromy Stallings September 4, 2009 No Comments 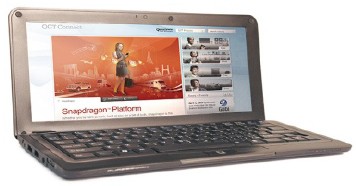 Sometimes social media marketing can be about damage control, and the faster a company can get a handle on the “disaster,” the easier the mess is to clean up.

Viralheat, a social media monitoring site that analyzes Twitter and over 200 other hangouts in cyberpsace, announced a new feature that will automatically alert marketers to any dramatic spikes in brand mentions. If a there is an uptick in Twitter activity, the Viralheat homepage will alert users of what is going on. Users can also sign up for hourly email reports to make sure that nothing is missed.

A good example of this: we noticed that the social media airwaves were all abuzz this past week about the lawsuit and restraining order German Company AG-Smartbook filed against Qualcomm over the name “smartbook,” resulting in an order that estops QTC from calling their product a “smartbook” in German territory.   Our observations indicate that the buzz is in favor of Qualcomm as most people felt the name smartbook is generic and describes the “class” of product, not the product or brand itself.

What is interesting is that there did not seem to be any response from  QCT on Twitter.  So this is definitely an example of a need for staying on top of these matters via social media, and being able to respond to it quickly.  A viral buzz via Twitter or Facebook could get out of control, gaining a life of its own, and negatively effect a brand; having a way and means for quick response and damage control becomes a necessity.  Viralheat is only one service that provides such monitoring — the point here is to monitor any and all heavy chatter that could arise on a brand.