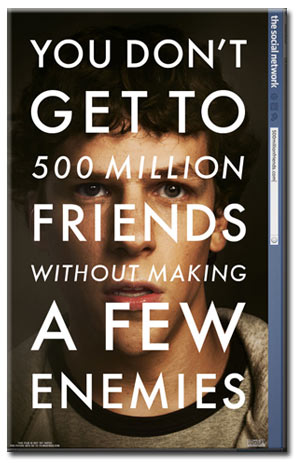 A lot of people said, “You’re kidding,” when Hollywood Reporter noted that a movie was being developed about Facebook over a year ago.

It’s real, and Columbia Pictures will release it in theaters this October.

There’s a fascinating story here, about Mark Zuck, co-creator of Facebook, became the world’s youngest billionaire; a once shy computer geek at Harvard seeking out women to date on campus and almost getting expelled for cracking the student database.  So he created a social networking platform to connect with girls, and that one simple idea turned into the biggest social site in the world…and then came the split with his partner, the lawyers, the legal issues, the controversy over privacy, etc.

Surely, many people looked at Zuck’s success and thought, “Why didn’t I come up with that idea?”  This attests to the power of creativity and imagination, and how mere ideas–thoughts–can transform the world.